Feeding The Hunger For Adventure I seriously do not think there is another job in the world that allows you to escape the office to go  on a road trip, all in the…

Feeding The Hunger For Adventure

I seriously do not think there is another job in the world that allows you to escape the office to go  on a road trip, all in the name of “work”. That’s one of the reasons why I had no Monday Blues when I was assigned to attend this “Hungry For Adventure” drive with Mercedes-Benz Malaysia (MBM) recently. Furthermore, it was getting a bit mundane for me at work and thanks to MBM, a group of us, media, influencers and KOLs, took the German marque’s premium SUV range up to Pahang for an excursion in the tropical rainforest paradise of Taman Negara, the largest national park in Malaysia.

The only catch was this; I’m not exactly an outdoor enthusiast but honestly, thanks to MBM, I’ve changed my perception towards nature and the outdoors. It had never occurred to me that Mother Nature can be so mesmerising in her own mysterious ways. If you haven’t visited the 130 million year-old forests of Taman Negara, you should. It kind of reminded me of the Amazon jungle that we so often see in documentaries.

Kicking off the adventure from APW Bangsar first with GLC 250 4MATIC (CKD), we were found ourselves cruising along those juicy roads of Genting Sempah, headed towards Pahang, a perfect stretch to put the SUV’s handling capabilities to the test, and as you can guess, this premium mid-size SUV did not disappoint. The 4MATIC suspension system comes to life in these kind of roads, where with the GLC 250 ‘s 9G-Tronic-9-Speed transmission facilitating all the power. The transmission is tuned just right to provide the right amount of torque for sudden climbs and is also equally capable of lowering power for the tightest of turns.

Though it’s an SUV, I did not at once feel any sluggishness from the GLC 250 4MATIC. In fact, this SUV can respond in lightning speed with a slight tap on the shifters, be it up or down. With a quick transmission like this, one’s confidence in controlling the car also grows very quickly and all the agile movement was just in time to get us ready for some cave diving and rock climbing at our next stop- Paya Gunung Extreme Park. Located at Jerantut, Pahang, the beautiful park was the first destination stop for the drive, where I’d later find out that my stamina needs a lot of work!

The most exciting activity here at Paya Gunung Extreme Park was our cave exploration activity. I will never forget the pitch-black darkness and the moist, slippery rock surfaces of this experience. All of us in the cave expedition were merely relying on our senses, beside the park tour guides who led the exploration of course. Crawling for most of the activity, it was impossible to make it towards the end of the tunnel all by ourselves hence, we relied on some good communication skills among ourselves and some careful foot (and hand) work. It was memorable to say the least for me personally, seeing as this was my first time doing some cave diving.

After our time at the extreme park, we moved on to continue our journey to Taman Negara, this time using the lower spec SUV, the GLC 200 (CKD). Of course, because I tried out the GLC 250 first, this GLC 200 seemed slightly under-powered but it was still more than capable to handle the ensuing b-roads we got on to. Still, one of the upsides driving a Merc SUV on a road trip is that you get an advantage of high seating positions and the storage spaces come in real handy after a dirty activity like the few we got at Paya Gunung; I got to stash everything (dirty clothes, shoes, snack boxes drinks) away nice and neatly, without scaring my drive partner, Mr. Arvinda Kumar of Carlist.

This one hour journey from Jerantut to Taman Negara Pahang was also very fun, as we quickly left behind the concrete buildings to for a more scenic route. As the number of cars slowly vanished from our sights, we automatically knew that we getting close to the old tropical rainforests of Taman Negara. With a coverage of 4,343 square km, Taman Negara shares its borders with three different states- Pahang, Kelantan and Terengganu. If you must know, you cant drive straight into Taman Negara Pahang. You’ll have to first go through a terrace of mountains to reach the Kuala Tahan Jetty to hop onto a boat five-minute boat ride to Mutiara Resort Taman Negara. It’s the only resort available at Taman Negara with its unique wooden chalets situated right in front of the rainforest.

As we made our way through towards Kuala Tahan Jetty, I was totally captivated by the lush nature surrounding this place, so green and serene it was. The roads here were also a mix of curvy, steep, sharp corners and my favourite, its combination of hill climbs and dips. In the GLC 200, we used this chance to shuffle between the five driving modes in the SUV but to tackle the curvy sections of hills, we settled on using Sport and Sport+ modes. This is because the power delivery is quicker and helps a lot in managing the car’s bulky size in a polished fashion.

As we ventured on into Taman Negar finally, it was a timely dose of nature’s splendour that really caught my attention. There’s nothing quite like it, being serenaded by a choir of birds while taking a cool dip in the forest’s river. The awe of being surrounded by the glorious flora of thousands of years is quite magical too. In all honesty though, you need to head over to Taman Negara to understand what is it like.

In the end, this was ultimately a rejuvenating road trip in my eyes, an excursion that challenged my comfort zone with a whirlwind of adventure, all of which was made possible by two athletic, comfortable and capable SUVS. Being able to escape away from the city chaos, human beings and the most annoying one at times- cellular network, was certainly refreshing for both my mind and soul. What stood out for me the most was how Mercedes-Benz has equipped their SUVs to be up to the task for such adventurous settings without compromising luxury and performance, while instilling this thirst for for adventure at the same time in some on like me, who hates the outdoors. Well, not anymore! 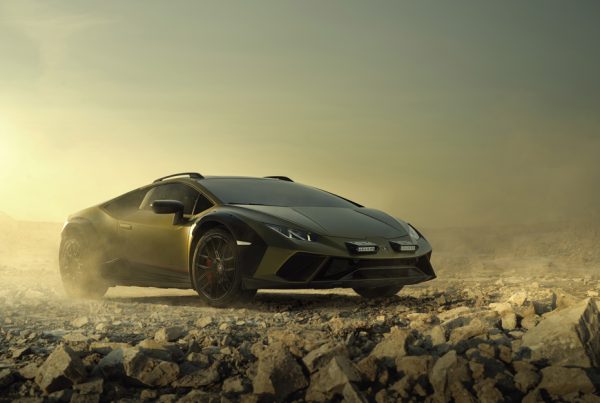