Sampling One of Lamborghini’s Best in Imola – Huracan Performante

Early this year we watched the amazing video of the Huracan Performante not just humble the mighty Aventador SV but beat the Porsche 918 as well with a Nordschleife lap time of 6 min 52.6 seconds. Many could not believe that the Performante made a huge 30 second improvement over the normal Huracan where normally we expect gains of just a few seconds between succeeding model. Today we are gathered at the legendary Imola Race Circuit outside Bologna to set things straight and to gauge for ourselves just how good the Lamborghini Performante is. Imola is a very fast and complex circuit where in 1994 the life of legendary F1 driver Aryton Senna was prematurely lost. Its collection of medium and fast flat-out corners presents a daunting learning curve but nonetheless Lamborghini felt it was the ideal location to show the prowess of the Performante.

Key to its supernatural prowess is the car’s active aerodynamics called Aerodinamica Lamborghini Attiva or ALA for short. At first glance it appears like an ordinary fixed set of front splitter and rear wing but closer examination reveals numerous slits on the underside of the wing and front spoiler. When the spoiler and wing are fully deflecting a 300 km/h air-stream they generate 350 kg but when they are neutralized for better aerodynamic drag they lose about half of their total downforce. Lamborghini must have taken inspiration from the unique Dyson fan that we so admire but never buy. The rear wing is a hollow forged carbon fibre item that looks like a slab of black opal. It looks expensive and eschews the common woven carbon fiber resin wing that seems to adorn every boy racers’ car. Lamborghini’s proprietary system weighs about 40 kg less than the current motorised active aero systems and do not have visible moving parts. By selectively bleeding air away from the front spoiler and introducing an additional airflow to the underside of the rear wing reduces the downforce available and improves drag to allow a higher speed. It is controlled by the central Lamborghini’s Piattaforma Inerziale (LPI) system which determines whether to trim or increase drag proportionally between front and rear reducing the usual tendency to overdo rear downforce at higher speeds which gives the car a nose-up attitude. Once the downforce is needed it can be applied within a half second by the closure of f low valves within the components. Downforce can even be split between left rear and right rear to keep the inside rear wheel from lifting in fast corners. When approaching corners at high speed the system is in low drag mode but as soon as you touch the brakes the system gives you full downforce for better braking and as you exit it splits the downforce between left or right of the rear wing to provide aerodynamic vectoring.

In addition to the high tech aerodynamic tricks there is the time-honoured lightening of the Huracan chassis with the engineers managing a total of 40 kg reduction mainly by substituting the front and rear body components with forged carbon fibre. The titanium alloy exhaust system accounts for 10 kg of that weight reduction. The V10 engine gets a useful 30 hp power lift by optimizing gas flow and the use of titanium valves which can operate with faster valve opening and closing rates. Though the top speed remains at 325 km/h the Performante blasts to 100 km/h in 2.9 seconds which gives it quite a lead over the 3.2 seconds of the standard Huracan.

On the chassis side the engineers have stiffened up the bushings to give a more direct steering feel and increased the spring rate by 10 percent along with 15 percent increase in roll stiffness. This is to done to match the new bespoke P-Zero Corsa tyres carefully formulated to give the Performante phenomenal dry grip. But how do they account for the 30 second improvement over the Huracan? If each of the performance enhancing items of the Performante yield just a one second improvement over a minute of lap time they would still be far short of the result, right? However, one needs to consider that a single lap of Nordschliefe is around 7 minutes for supercars so this can add up to at least a 20 second reduction in timing. The last ten seconds is most likely due to the new Lamborghini works/test driver (formerly Pirelli test driver) Marco Mapelli. He navigates the Nordschliefe not only by corners but by the bumps on the track. He has been around the “Green Hell” so often he could possibly do it in his sleep.

But what can a normal driver gain from all this tech? We were about to find out even before our Sunday breakfast had a chance to digest as the pit crew are readying the fleet of Lamborghini Performante. Unlike the Gallardo Super Trofeo Stradale (STS) there is no 5-point harness to contend with so getting in is no more difficult than a normal Huracan. Unless you are masochistic enough to specify the rock hard carbon fiber fixed bucket seats, the electrically adjustable sport seats fit just fine and are far more comfortable. The engine fires up with a new ferocious bark making it obvious that weight savings in the new exhaust system is a result of having nothing much on the inside to impede the pulsating shockwaves emanating from each of the twenty exhaust valves. Moreover, titanium has a way of adding a characteristic timbre to the exhaust note.

Imola is an intimidatingly fast track with corners hidden by elevation changes that tend to catch one off guard unless committed to memory. The fast speed corners tend to be the most unnerving as our instructors are taking these flat out and to keep up you have to do likewise. As familiarity grows one learns to brake later and later as the ALA system really does what its designers intend but downforce disappears exponentially as you wipe off speed. You will need to adapt your driving style to suit these aerodynamically dependent cars. What we found was not so much gain in highest attainable speeds but rather the lowest speeds are kept to a higher average. On a fast circuit like Imola this translates into better lap times as cornering and exit speeds are higher rather than just the top speed.

Driving at the very limit chasing the best lap time is perhaps best left to the professional race driver because the Performante feels best when you are just taking your time to savour the flavours of the drive rather than gulp it down in a rush. In this way one can better appreciate just how stable it is and how precisely it responds to your inputs.​ Despite having all-wheel drive, turn-in is very precise with excellent poise and stability despite the rush of 640 wild Italian horses trying to break free when you step on the gas. It allows you to confidently apply full throttle earlier on the exits without the fear of fishtailing if you use too much  power. Imola is not a circuit on which to go hooning around as it prefers the professional approach to its varied and challenging mix of high speed corners. At the end of the day we were treated to what turned out to be the icing on the cake. We were allowed out of Imola circuit for an hour-long road loop, albeit under the watchful gaze of the Imola police.

The MagneRide system provides great control of the suspension but in Sport mode might be just a tad stiff for town use. It can be acceptable if you are a true gearhead but the Strada mode has it covered with the right blend of comfort and control for everyday use. Of course, to enjoy the new mellifluous soundtrack one has to endure the added firmness of Sport mode as there is no separate provision for the exhaust itself. Corsa mode is best reserved for the track. It will require the driver to do all the shifting as automatic gear shifting is deactivated. In return it provides no-nonsense, near-neutral handling to give you the best lap times. Sport is the mode that allows free rein from the electronic nanny and will allow some drifting but is the slower way around the track though far more entertaining.

In the previous generation Gallardo, Lamborghini introduced names like the Superleggera which is a hardened lightweight version and even the STS which was the road-going version of their Super Trofeo race cars. Combining the best from the two, the Performante combines weight reduction, firmer suspension with a power increase and a well-developed aerodynamic system. The ALA system is really the special ingredient that gives the Performante its staggering Nordschleife lap record and this has elevated the Huracan Performante to legendary status. 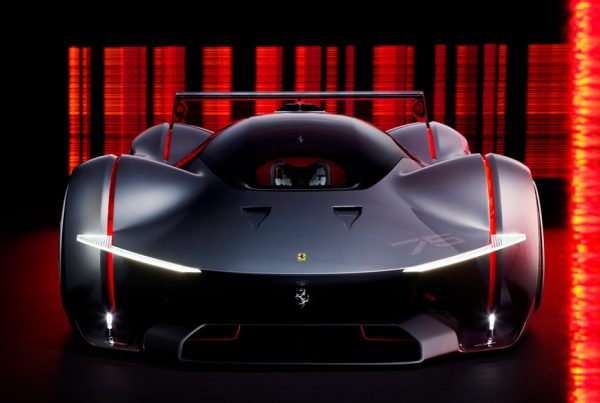